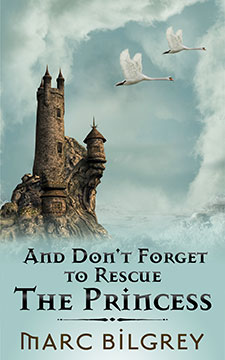 Click here to buy And Don't Forget to Rescue the Princess from Amazon
Price: 99 cents 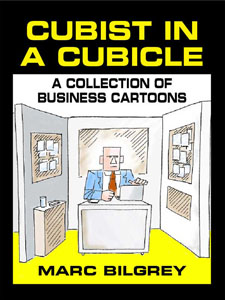 Click here to buy Cubist in a Cubicle from Amazon
Price: $2.99

Cubist in a Cubicle is a new book of business cartoons that pokes fun at CEOs, sales meetings, research and development, management, clients, corporate culture, profits, financial reports, outsourcing, downsizing and much more. Some of the cartoons in this book originally appeared in Harvard Business Review,The Wall Street Journal, and Funny Times.

Cubist in a Cubicle was written and drawn by Marc Bilgrey, whose cartoons have been featured in many national magazines. He is the writer/cartoonist of three other collections of cartoons.

Cubist in a Cubicle is a great gift for anyone who works in an office. 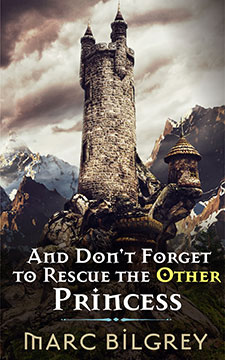 And Don't forget To Rescue The Other Princess is a humorous fantasy novel.

And Don't forget To Rescue The Princess is a humorous fantasy novel.

Praise for And Don't Forget to Rescue the Princess:

“Laughs, thrills, suspense, and the product
of a truly wild imagination. You’ll love the book.”

Readers who like a lighthearted fantasy filled with slapstick humor, witty repartee and a hero who knows he is a nerd will adore this unusual, original and charming tale.... Marc Bilgrey takes readers on a wacky trek where danger lurks around every twist in the road.

Reviews for: And Don’t Forget to Rescue the Other Princess:

“This is a light hearted fantasy romp that doesn't take itself or anything else seriously. .... it's fun.”

“Readers who like the wackiness of the Xanth tales without the puns will enjoy this fun farcical fantasy.”

“Bilgrey keeps the pace moving quickly through this brief romp of a humorous fantasy novel, and stuffs each page with one-liners and danger.”

“His (Marc Bilgrey’s) hero might not be any good at handling two-edged swords, but one-liners are a wicked weapon in his hand (Or make that mouth.)”

“…it’s a likeable, light fantasy adventure with liberal doses of the absurd.” 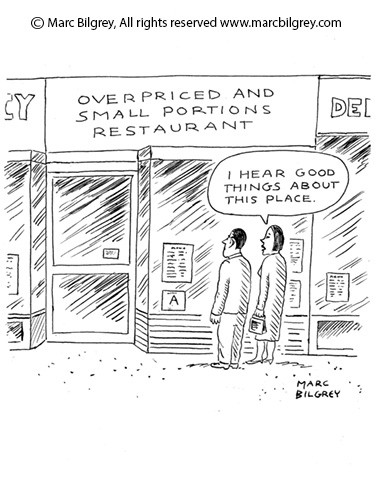 Al Breen is an unemployed New York actor who wants to spend a quiet summer on Cape Cod writing a play. But his plans are interrupted by a talking cat who zaps him into a medieval world where Al is mistaken for a brave warrior (hey, it could happen to anyone). Al is then forced by a king to undertake a dangerous quest to rescue a beautiful princess. (Why don't beautiful princesses have better security?) Al and his new partner, Nigel, an inexperienced knight, must battle a whole host of horrifying creatures, including evil trolls, a monstrous dragon, and other scary things too numerous to mention. So jump into your boots, strap on your sword, and join our heroes as they journey to a nail-biting, sweat-provoking, edge-of-your-seat, fast-paced climactic conclusion you'll never forget. (Well, at least for an hour or two).

NOW AVAILABLE AS AN E-BOOK
FOR AMAZON KINDLE!

Now available as an e-book for Amazon Kindle,
AND DON’T FORGET TO RESCUE THE PRINCESS

Now available as an e-book for Amazon Kindle,
AND DON’T FORGET TO RESCUE THE OTHER PRINCESS

Al Breen and Nigel the Nervous Knight
are back in an all-new adventure!

The heroes of And Don’t Forget to Rescue the Princess return in another action-packed humorous fantasy! In this long-awaited book (especially by the people the author owes money to), unemployed actor, Al Breen, is once again zapped by a wizard into a medieval world where he is then forced, by a King, to undergo a new, dangerous quest to rescue yet another beautiful princess. (Nobody seems to guard these princesses at all!)

Reunited with Nigel the Nervous Knight, Al must confront a whole different set of lifethreatening adversaries, including a deadly ogre, creepy fairies, a nasty giant, and a group of hungry goblins, who want to eat them for dinner (a la carte).

But wait, there’s more! There’s also the frightening trek up a snow-covered mountain to the evil sorceress’ fortress, and then—well, we can’t tell you everything! But trust us, it’s all exciting, thrill-packed, and—hey, did we mention that Merv the Wizard is in it again (though not very much)? And the talking sword is back too! (Please hold your applause till the end!)

This book has it all: action, excitement, suspense and an inflated sense of self-importance! So put on your chainmail, sword and cape (well, the cape is optional), and join our heroes on a one-of-a-kind adventure that’s sure to dazzle, divert, distract and delight you. (Hey, I get paid by the word!) This book is destined to be a classic (even though there's no white whale in it) and will make a splendid addition to your home library. For less than the price of a bag of potato chips (and half the calories) you can own a copy of this novel!

Click here to buy And Don't Forget to Rescue the Other Princess from Amazon
Price: 99 cents